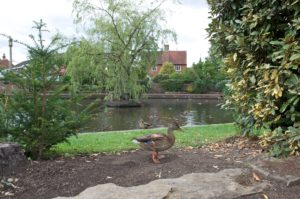 The Council has just launched the 8 week Local Plan: Sites Consultation, which will give residents an opportunity to comment on sites being assessed as part of the local plan. This is part of an evidence gathering process.

Last Monday I went along to the Planning Policy Committee. We were accused of taking too long on the Local Plan process, but ironically the opposition joined forces to propose further delays inviting us to go back and revisit the work we had done so far. I did comment in the meeting that when I became Leader I wanted to speed the process up, but had to accept the logic of having a second round of more specific consultation. We learned lessons on communications from the first round, so every household should now have received a flyer inviting residents to a series of drop in sessions throughout the district to talk to planning staff about the consultation.

The last consultation received 5,200 responses from 3,100 residents, about 9%, which seems in line with other district response rates.

On Tuesday I was involved in the final interviews for the position of Chief Operating Officer, we had some very good candidates, with a diverse range of skills. We have made an appointment. Having accepted some 20+ staff for voluntary redundancies earlier this year, it may seem strange we are recruiting in these challenging financial times. However, we have at least one senior member of staff retiring next year and going forward we need a different skill set to help TDC develop new strategies for our future.

I was up to London in the evening for an East Surrey Business Club dinner hosted by Malcolm Dunbar with Amber Rudd, Home Secretary, as guest speaker. Pleased to sit on her table and discuss topical issues. For her these were Calais Jungle and Orgreave riots, plus ongoing terrorism, policing and immigration. For me the Local Plan and district financial challenge. As Sally Marks, Chairman of SCC, pointed out she has had a remarkable journey – just six years as an MP and now she is Home Secretary.

Then on Wednesday I was invited to Dormansland Parish Council. I gave an outline of TDC priorities for the coming year and explained how the site maps in the consultation should be interpreted. We had a really interesting debate about the need to conserve the heritage and openness of our area and the moral dilemma between that view and the need to provide houses for our children and local residents. We need more houses as people are living longer and this manifests itself in the growing number of young adults in their twenties living with their parents.

On Thursday we had our first meeting of the Oxted Town Centre group. All eight District Councillors were there and it was good to have representatives from the two Parish Councils, as well as Nick Skellett for Surrey County Council. A positive model for multi authority working. We agreed to meet again early in 2017 to follow up on our discussions.

Friday found me discussing the thorny issue of proportionality (allocating seats to councillors from different parties to sit on Committees) with the Chief Executive and Deputy Leader. This as a result of two recent by-elections and two resignations (one from Lib Dems & one from Conservative). There are prescribed rules for allocating seats to committees, which will be agreed at the next full Council meeting on 17 November.